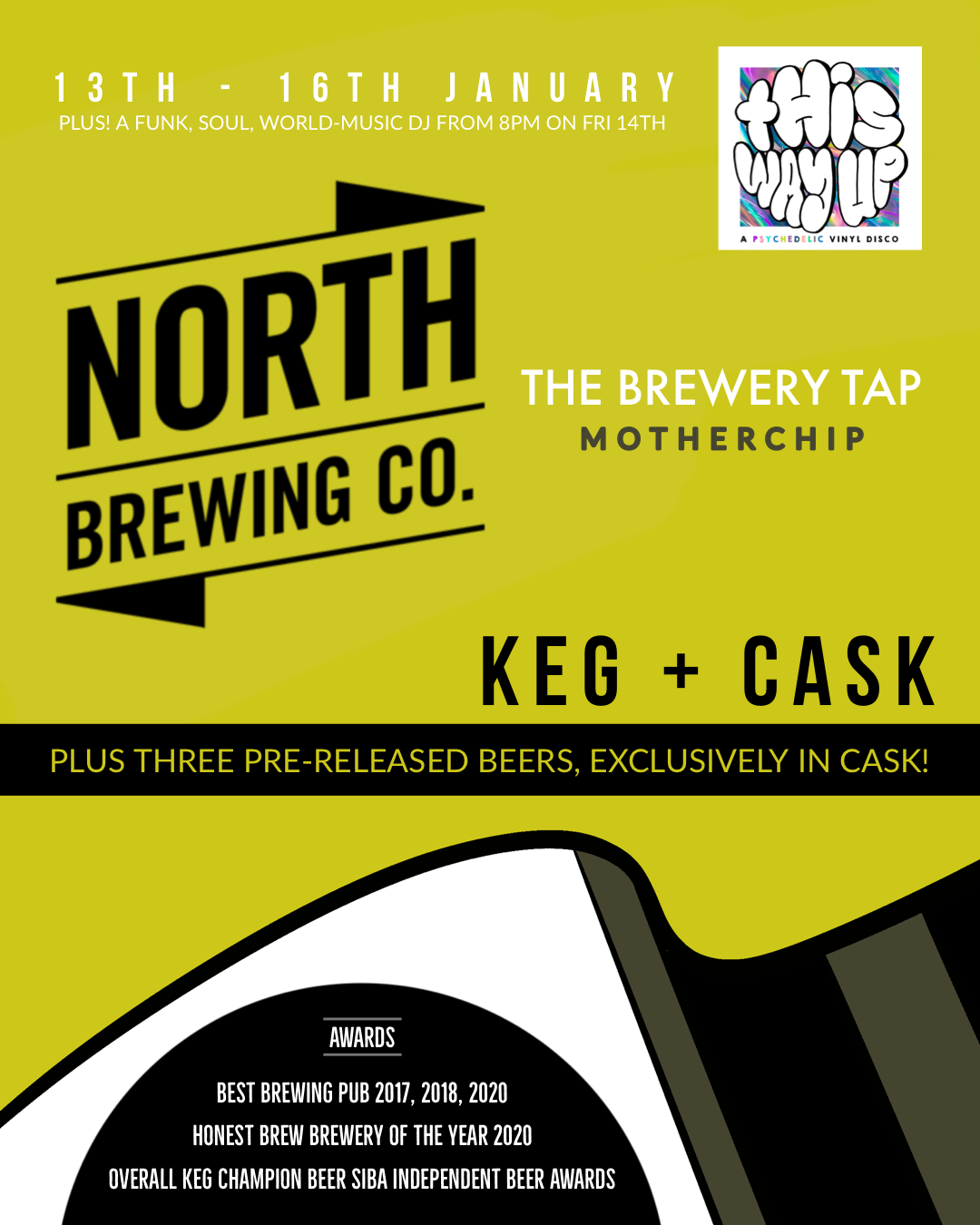 North Brewing have established themselves as one of the best breweries in the country. They have collaborated with some of the most prolific breweries in the world and collected a host of awards receiving both national and international recognition.

After producing a sublime keg line up over time they are now hitting the cask the market too with a core range of beers and a load of limited edition brews… and we have as much of it as we can fit in the pub.

This is a CASK AND KEG event with some rare, limited edition including THREE PRE-RELEASED BEERS EXCLUSIVELY IN CASK as well as their core beer line-up across the range.

Also (fingers crossed) we have some Merch giveaways too!!