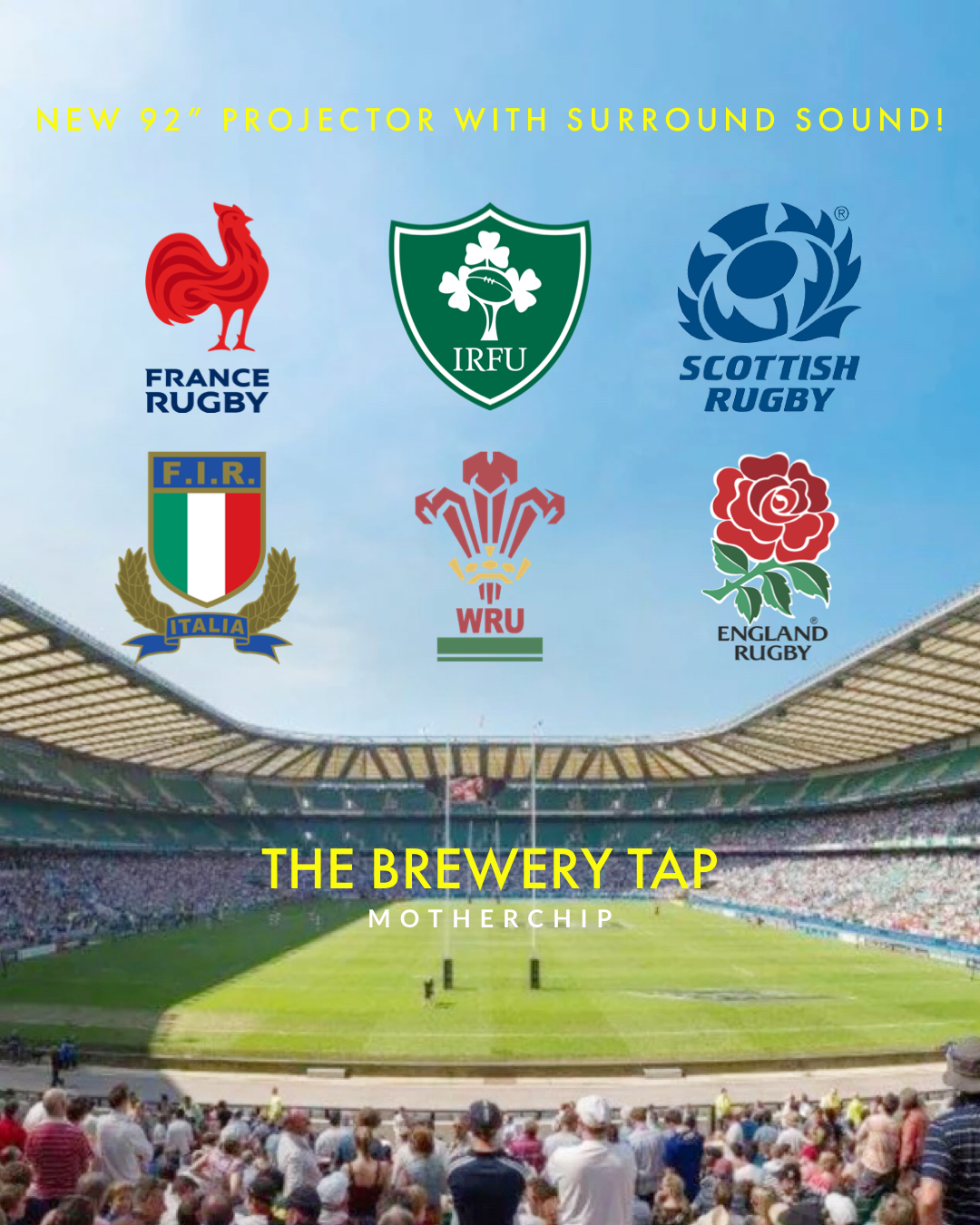 Yes! The rugby IS BACK!

And what’s more, we’ve got rid of the old tiny tellies and we have a brand spanking new 92” projector screen with surround sound! And Motherchip will be here kicking out their absolutely filthy naughty deliciousness. Woohoo!

No bookings, just turn up and enjoy the game!

Get these dates in your diary……