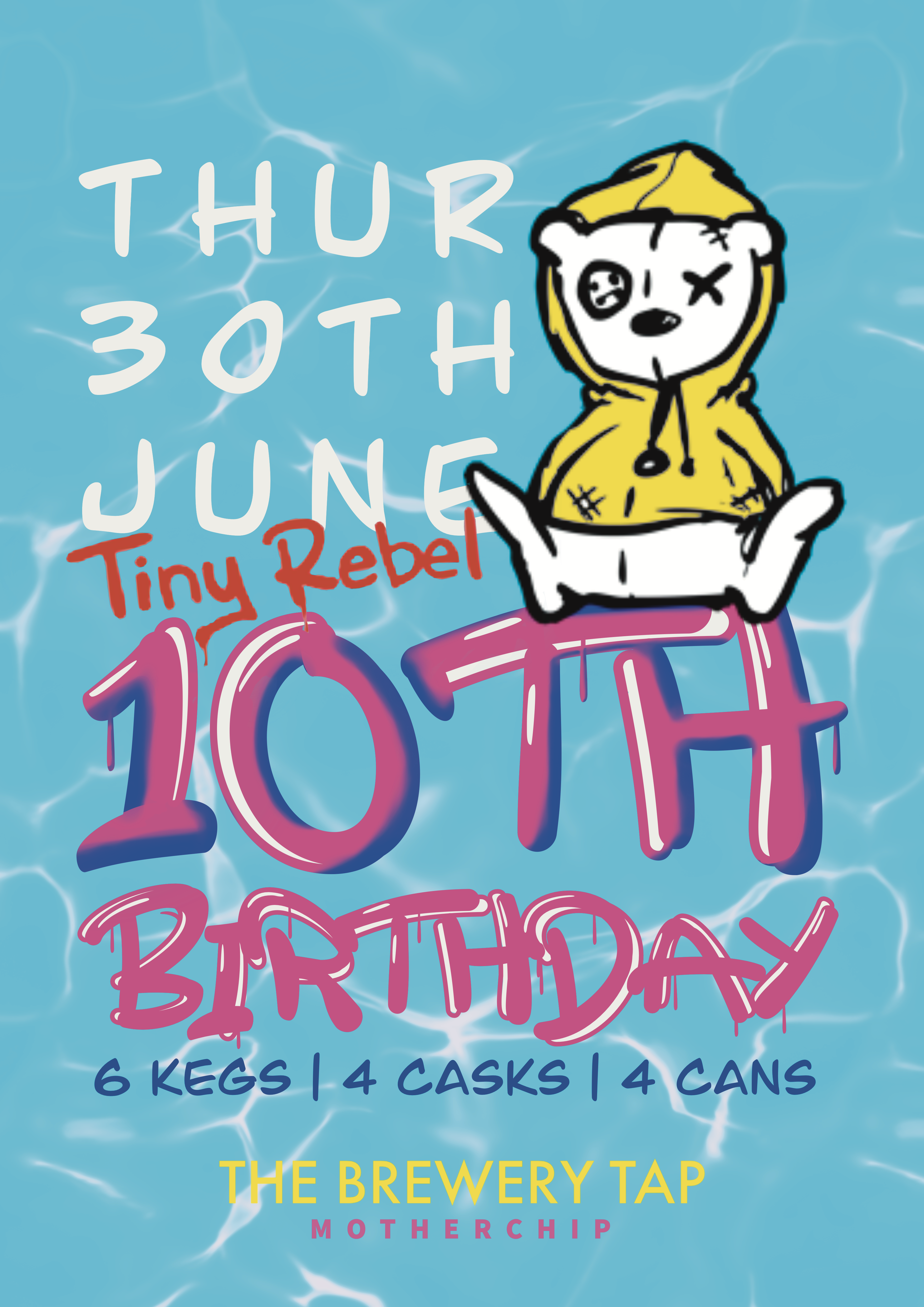 Tiny Rebel were one of the breweries that launched as the craft beer movement was becoming huge. They won CAMRA Champion Beer of Britain as well as Silver and Bronze national CAMRA awards. They went funky long bofore the rest producing beers that we would fight hard to get hold of like Stay Puft Marshallow Porter, CLWB Tropicana and Dutty. Honestly a pint of cask Dutty, was pure amazing.

Anyway – this year, they’re 10 – and they’ve asked us to host their birthday celebration beers in Cask, Keg and Can. So we thought, you know what… yes… lets pay homage to this independent brewery that started in a garage a decade ago. The line up is, as expected, is bonkers.

All the beer will be on. We have Merch Giveaways AND Motherchip will be launching an equally bonkers new dish for the event.